20170608 Thu Ya Soe, 12 years old from Dawe, wakes up 7 every morning to collect rubbish from the sea. He bought a raft from his friend for 300 baht, takes it around the mangrove during low tide and returns late during high tide. Finding garbage can be difficult at times and sometimes when he can’t find good quality garbage he tries to find clams instead. Thu Ya Soe left school in second grade because he had to look out for his family. He thinks going to school is a waste of money because the family doesn’t earn enough money to support themselves. Thu Ya Soe earns around 1500 baht per month by collecting garbage. 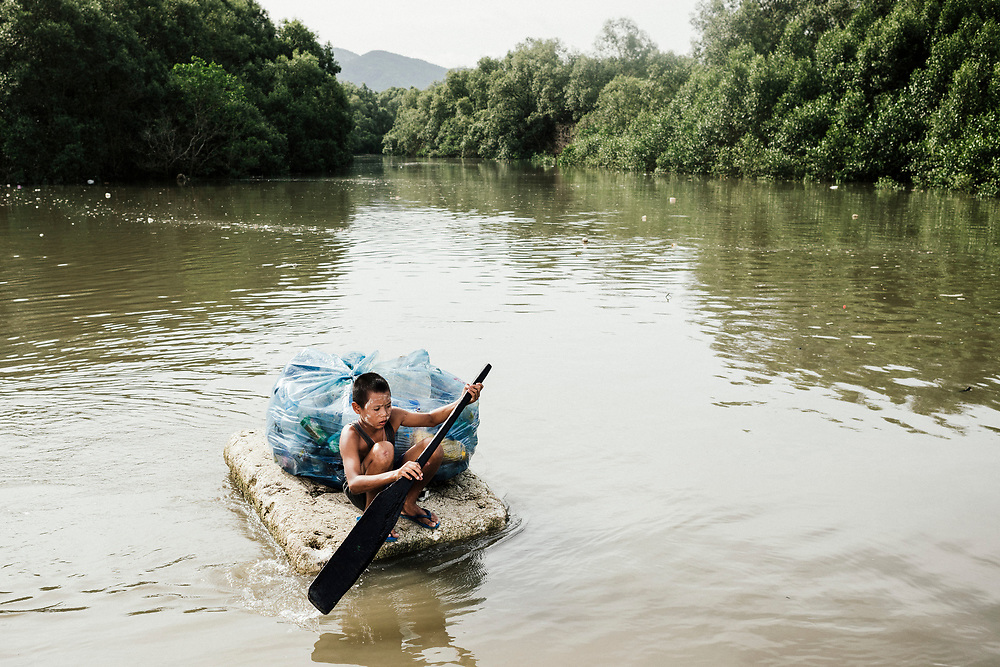